Willimantic, Connecticut is an historic town as well as a college town of just under 20,000 people. It has some of the wonderful things you would expect to find in a much larger town (restaurants, theatre, shopping, historical sites), but all of the charm and intimacy of a small town – truly the best of both worlds! Located on the Willimantic River, there are so many wonderful things to see and do. From restaurants on Main Street, to those located in beautiful historical inns, like the Altnaveigh Inn and Restaurant, there is something for everyone. Shopping and the arts are well represented, as well. And if you happen to be a UConn sports fan, the University of Connecticut in Storrs is only 8 miles away! Our residents and their family members and friends have so much to take advantage of right here in their hometown. Here is just a sampling of things you can enjoy in Willimantic ~

Willimantic is home to Eastern Connecticut State University;  the University of Connecticut is only 8 miles away, for all the UConn fans.  Education isn’t just for the young – the state of Connecticut has seen to that.  According to Connecticut State Statute, “senior citizens” (62+) can take college classes and earn a degree tuition free.  There are over 3,000 seniors actively taking advantage of this law.  In addition, seniors may also audit any course in which there is space available for only $15.00. 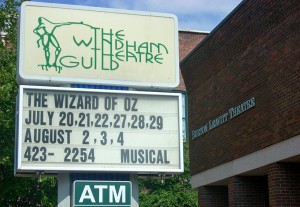 The Windham Theater Guild is a talented, local theater group offering musicals, drama and comedies. The Theater Guild offers superior live entertainment to its audiences, as well as the opportunity for elders to audition for a role in their many productions, if any residents choose to do so!

The Windham Textile and History Museum

Willimantic was once the thread manufacturing center of the United States. Its history has been restored and preserved in a local museum with many permanent exhibits and continuing featured and changing exhibits.  Residents at The Card Home are active in community activities and contribute their time and efforts to the Museum and other town organizations.

We are so fortunate to have The Willimantic Orchestra in our community. It is affiliated with the Music Program at Eastern Connecticut State University and is dedicated to the performance of orchestral music. Concert admission is free; donations are gratefully accepted.

The Windham Senior Center’s goal is to “provide seniors with a place to remain healthy and active through participation in recreational, educational & leisure activities.” This is a wonderful resource for all of The Card Home’s residents.

Every third Thursday from May to September, Willimantic Renaissance, Inc. hosts on Main Street a festival of musical, theatrical, visual and olfactory delights. Six stages simultaneously host a wide variety of music and entertainment for audiences of all ages. People sample authentic ethnic international cooking and local micro-brewed beer or soda. The streets are filled with around 100 vendors and crafters, street performers and children’s activities. 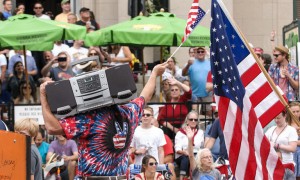 What? You’ve never heard of the famous Boom Box Parade?? In 1986, when Willimantic couldn’t find an available marching band for its Memorial Day parade, organizer Kathy Clark approached local radio station WILI. Together they created something so unique for the July Fourth parade – the marching band music was provided by the radio station and broadcast by boom boxes carried by participants! In 2015, the town celebrated the 30th Anniversary of the Boom Box Parade. It has gained international attention for what is called “Connecticut’s Unique People’s Parade,” and is the largest parade of its kind in the world! Lasting over an hour, with thousands lining the streets, it’s something you have to see to believe!

Willimantic is a graceful and historic city of Victorian charm. Many of its fine Victorian homes are open to the public for viewing annually the first weekend in June during Victorian Days. Produced by the Willimantic Victorian Neighborhood Association,this is a major event with horse-drawn carriages, a Victorian tea, an art auction and “Attic Treasures Recovered,” a local version of the Antiques Road Show. In addition, you can enjoy Trolley Tours, Art Shows, Museums, Concerts and other special events. The oldest section of The Card Home is a Victorian treasure and has been opened to the public at the annual tour. 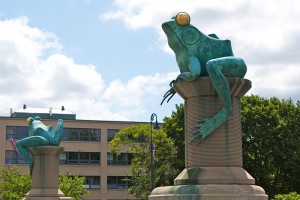 This landmark bridge opened in 2001, and is adorned with eight foot high bronze frogs atop concrete thread spools, designed by Leo Jensen – thus the name of The Frog Bridge. The spools on the bridge represent Willimantic’s prominence in cotton thread and silk manufacturing. The frogs represent the legendary Windham Frog Fight of 1754.

The Garden on the Bridge 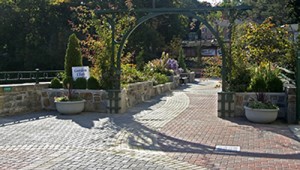 The narrow stone arch bridge was built in 1857 by Lyman Jordan and Nathaniel Olin. Ninety years later, the “Thread City Crossing” Bridge was dedicated, thus resulting in the October 22, 2006 dedication of the Windham Garden on the Bridge. The Gardens are maintained by volunteers of the Windham Garden Club and Public Works employees. 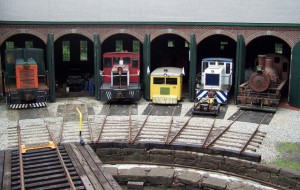 The Connecticut Eastern Railroad Museum is located off Bridge Street in downtown Willimantic, Connecticut, on the original site of the Columbia Junction Freight Yard. The collection includes locomotives and rolling stock, as well as vintage railroad buildings and a six-stall roundhouse reconstructed on the original foundation. Open May – October.

Windham Arts, in Willimantic, has assembled a very comprehensive listing of historical landmarks in the Willimantic area. We invite to you visit their Historical Landmarks page to learn more!